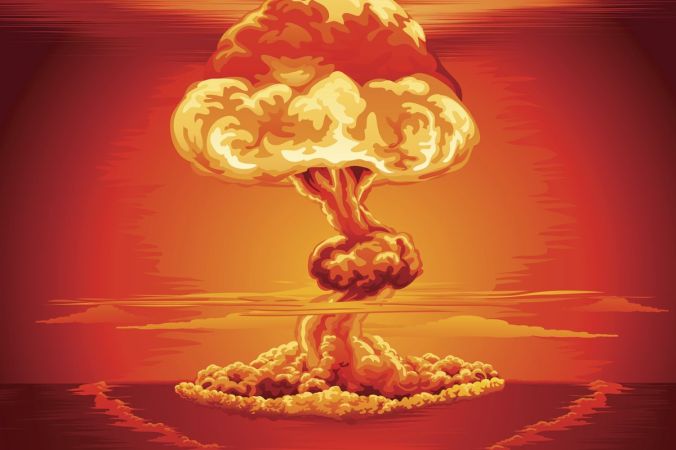 I am a child of the Cold War. Born in the late 70s, my early years coincided with deteriorating relations between the United States and the Soviet Union. (Able-Archer 83, anyone?) I remember being told in elementary school about how the Russians wanted to invade the United States, kill our parents, and force us to be communists. What a thing to tell little kids! I was not one to buy into the propaganda, because even as a kid I realized that the odds were pretty high that the Soviet government was telling its citizens the same things about us. Still, it did seem a bit naughty when many years later, as an adult, I learned to speak and read Russian.

I loved the Olympics during the Cold War. In fact, they’ve kind of sucked ever since the Soviet Union broke up. I mean, we had the perfect good guy/bad guy dynamic! If the American beat the Russian, it meant democracy was better than communism, right? The post-Cold War Olympics seem to lack that panache. I remember one time, I got sent to my room during the medal ceremony in which a Russian was getting the gold medal because I opined that the music to the Soviet anthem was a bit more stirring than the American one.

With the deteriorating international situation of the present, I thought I might re-visit this bygone era when you knew exactly who your enemy was, what their intentions were, and their capabilities. In hindsight, it seems like it was such a simple time, though, of course, it wasn’t. So without further delay, I present you with my favorite Cold War fiction and movies. However, I write this with a giant caveat. This only includes things from MY lifetime. (Late 70s until the end of the Cold War). So yes, I know I’m leaving out quite a bit.

The world came very, very close to nuclear annihilation in 1983. A lot of people don’t realize that. And late that year, November 20th to be exact, ABC treated the American people with a no holds barred glimpse of what that kind of war would be like. (Spoiler Alert: It would be bad.) The Day After shocked and even horrified the American public. ABC and their local affiliates even set up special 1-800 numbers with  counselors standing by to talk to those traumatized by the movie. The scene in which missiles streak overhead at the University of Kansas stadium haunt me just as much today as it did in 1983. And the good news, Dear Reader, is that you can watch the whole movie on YouTube here! Go ahead! Get your Mutually Assured Destruction on. (The Brits made their own version of this movie called Threads for you true Cold War junkies.)

Ralph Peters is a retired Army officer who, during the Cold War days served as a Foreign Area Officer specializing in the Soviet Union, which made him the perfect person to write a novel about a Warsaw Pact invasion of West Germany. Coming out in 1989, this book was a late addition to the Cold War bookshelf. Told entirely from the Soviet point of view, it represents a departure from the usual “Rah! Rah! Go Murica!” that was the norm in Cold War fiction. Peters understood that if such an invasion happened, assuming that it remained conventional, the Soviet’s could win. That does that mean that they would. But it was not a foregone conclusion that they could be stopped before reaching the Rhine River (without resorting to the use of tactical nuclear weapons). Incidentally, this is the first audiobook I ever listened to. The library had it on cassette tapes and I listened to it during the summer of 1991. The book definitely will make you think, though it is quite dated now. 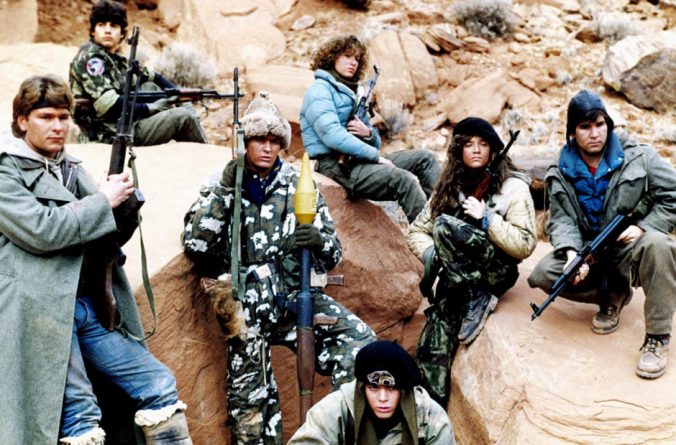 WOLVERINES!!!!!!! If you watch Red Dawn now, it is the typical 1980s movie, complete with bad acting and big hair. It was a controversial film when it came out though. The Russians had invaded Afghanistan, which is referenced in the movie as they patterned their invasion of the US on the way they entered Afghanistan. Now, today the idea of Russian paratroopers dropping from the sky is a bit far-fetched, but it wasn’t back then. The movie is definitely one to inspire the public with its image of teenagers going toe to toe with the mighty Red Army, but the filmmakers didn’t produce a movie with no bad times either. Our teenage guerillas suffer heavily during the scope of their personal war. I would not say that Red Dawn is at the same level of greatness as Casablanca, but it is still a good movie when set against the lens of the time in which it was made.

Harold Coyle is a former Army officer and a fine author of military fiction. His first novel, Team Yankee, published in 1987 stands beside Red Army as a well written depiction of how a war in Europe might have played out. I was twelve in 1990 when I read Team Yankee for the first time. Unlike Red Army which depicts all levels of the Red Army, Team Yankee focuses on one American tank company and we see the war unfold through their eyes. In a way, it allows you to develop more of a feel for the characters that way, but this isn’t really a character driven novel. It’s pure military fiction and focuses on the action. It can be read alongside Red Army to see things from each perspective.

Not content to merely depict the aftermath of a nuclear war, ABC also produced a miniseries in 1987 which shows what life would have been like in the United States under Soviet occupation. Though mostly lost to history, the miniseries is called Amerika. I remember when it was being advertised on TV. I was nine years old and really wanted to watch it, but my parents wouldn’t let me. I wasn’t able to view it until around the Spring of 2001 when I rented it on VHS tape. One of the first scenes shows Kris Kristofferson and my first thought was, “What’s he going to do? Bad sing to the Russians?” All thirteen episodes are available on YouTube here, but only the most hardened Cold War enthusiasts should try and watch it. Though I think it is an important reflection of the fears of the time, I would not call it great television or great drama.

I would be remiss if I did not end with the greatest skating rink song of all time; 99 Luftballons. When you listen to it, you can just see the strobe lights! The German language hit was actually a song written in protest of the existence of nuclear weapons in Europe. Check out the original music here and you can really pick up on that, even if you don’t speak German. I think this song is THE quintessential 80s tune. Popular culture is and always has been a reflection of the state of the world, and this 1983 hit illustrates not only the fear of nuclear war, but also the possibility that an innocuous event such as releasing balloons might trigger someone pushing the button.

As this post only reflects the bits of the Cold War from my own life, I am leaving out quite a bit. Please rest assured that I have read Alas Babylon and consider it a fine book. Likewise, Tomorrow by Philip Wylie is top notch as well. And if you want a War of the Worlds type broadcast of an impending nuclear attack, check out the “The Last Broadcast” which is a recording of a fiction Canadian radio station broadcasting about an unfolding crisis which results in a nuclear war. You can find it here. Or perhaps you’d like to see a fake documentary about a war that never happened? You can do that here.

I remain, as always, your humble таварыш,

3 thoughts on “How I Learned to Love the Cold War!”