This post is rated PG-13 for Adult Situations and Sophomoric Humor.

Let me start off by saying that the title of my post has nothing to do with the fact that I am a Southern boy married to a Yankee. Second, be warned that adult situations and the occasional juvenile humor will follow. For those with delicate ears, or actually eyes, maybe you should go visit the Disney website. I’m sure they have something that will be suit your needs. Though from what I’ve heard, some folks say they drop some pretty perverted images in their movies. History, when studied as it should be, is raw, vile, obscene, heroic, cowardly, and sometimes, yes, perverted. If we try to censor the more salacious bits from the narrative then we do a great disservice to the study of the past. History can be offensive and if you have any sense of decency then parts of it should be offensive. Luckily I am not a historian. I am merely a Half-A$$ Historian which means that I can tell lurid tales all day if I want. Today is one of those days. Actually, I just want to see how many hits a post will get by having a hot redheaded Russian lady as the lead picture. I jest, but only partially.

My inspiration for this post came when I stumbled across this article from across the pond. British government and military employees were being warned to be wary of the honey trap. This term can mean a couple of different things. One definition actual does involve bees and honey. The hip hop definition of a honey trap is a woman who is employed by another woman to test the loyalty of said woman’s boyfriend. The honey trap approaches and flirts with him to see if he responds, then reports back to his girlfriend. I have never fallen victim to this kind of honey trap. But only because no girlfriend of mine has ever employed one. Now I am married to a redhead who would neuter me with a rusty spoon if said honey trap were to approach me, so I guess I’m safe. The third type of honey trap is the one which will command our attention today. This involves a female agent provocateur approaching a man, usually a military or government person, and getting “friendly” with him. She then gains access to his home or apartment, his car, cell phone, etc. Said femme fatale then either gets him to divulge sensitive information or snoops around and finds it on her own. If you have watched a single James Bond film, I think you understand this concept pretty well. Advertisers say that sex sells. I believe everything I see on TV, so I guess perhaps it does. But sex is supposed to be fun. Not a weapon. Right? Wrong!

The Honey Trap (also known as Honeypot) is as old as mankind, which we shall see later. It really became widespread during the good old days of the Cold War. The KGB and the Stasi (East German) were really, really good at setting honey traps. In fact, there was a KGB school just for female agents to train them in these…….techniques. Now to be fair, the Western Allies including the US no doubt did the same but not on as wide a scale. Incidentally, the KGB code word for a honeypot was……wait for it….. “swallow”. The KGB also used male agents as honeytraps to use on men who might be susceptible to that. They called them “fruit flies”. While most reports of honey trap/pot operations read like dime store novels with steamy rendezvous in hotel rooms, automobiles, or desk tops, it is an effective intelligence weapon. Deception and Intelligence are an important part of warfare and have been for as long as we have made organized war on our fellow man. Sometimes we get it right. Other times we get it wrong. But when intelligence fails, it is often in a spectacular way. (Think 9/11) Since this is a history blog, I shall now give you some famous honey traps/pots from history!

Yes, the very first woman was a honey trap. Think about it. God said don’t eat the apple. Eve ate the apple. Then she “convinced” Adam to eat it. Do you really think she just handed Adam the apple and said “Here, first guy, eat this apple that God said not to eat. It will be fun.” I rather doubt it happened that way, assuming it happened, of course. I’m pretty sure she promised him something in return and the author of Genesis wisely left that out lest thousands of years of children in Sunday School learned about sex. (Not counting those, like me, who got in trouble for giggling whilst reading Song of Solomon during the service.) Also notice the color of Eve’s hair? In the Middle Ages, the Catholic Church often portrayed Eve as having been a redhead. If you’d like, check out my other post on famous redheads here. I guess that belief is why they considered red hair to be the Mark of the Devil and persecuted redheads for being witches. As I am married to one (a redhead, not a witch), I’m 50/50 on the whole Mark of the Devil thing.

Hey there Delilah, what’s it like in the Valley of Sorek?

And you thought the Bible was just boring old religious stuff! Not so! The KGB probably used it as a honey trap instruction manual. So there was a guy named Samson who had a lot of strength because he never cut his hair. After smoting Philistines hip and thigh, he met a young lady in the Valley of Sorek named Delilah. I’m sure he walked up to her and said “Hey There Delilah” (sorry, couldn’t resist!). Anyway, after much back and forth, she “convinced” him to tell her what the secret of his strength was. She did and so while he was sleeping (probably worn out after the “convincing”), Philistines entered the room and cut off his hair. I guess he must have been a heavy sleeper. Anyway, I vaguely remember them blinding him but then he knocked down a temple or something. Guess I should have been paying more attention in church and not reading Song of Solomon. And notice that she too has red hair! I’m telling you, men couldn’t even resist redheads in the Bible! 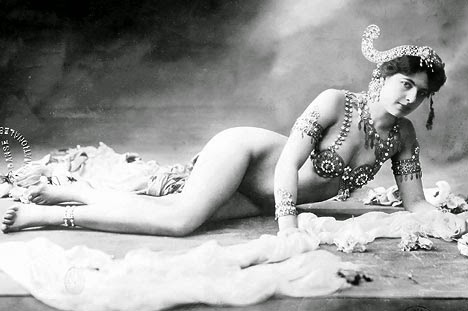 And now we take a great leap into the 20th Century with the Dutch born circus rider turned exotic dancer turned spy, Mata Hari. She was quite the popular dancer in gay ole Paree prior to the start of the First World War. When it did start, she made use of her status as a citizen of a neutral country to travel freely. It is not really known how involved she was in all of the intelligence operations prior to her capture. She did tell British Authorities that she was working for the French after they took her in for questioning. A few weeks before sending the Zimmerman Telegram, the Germans sent another one in which they named Mata Hari as one of their agents. She was “particularly” helpful. Mmmmhmmmm. I’m sure she was! Alas it was intercepted by the French and she was promptly arrested and charged with that most serious of charges, espionage. They didn’t really have much evidence, but she was convicted nonetheless. A short time later she was executed by firing squad. Hey, it beats getting impaled or burned at the stake, right? Decades later, German documents would be declassified and show that the French were right in their assessment. She was a spy. That said, they did not have the evidence at the time they convicted and executed her. But then again, they were French! 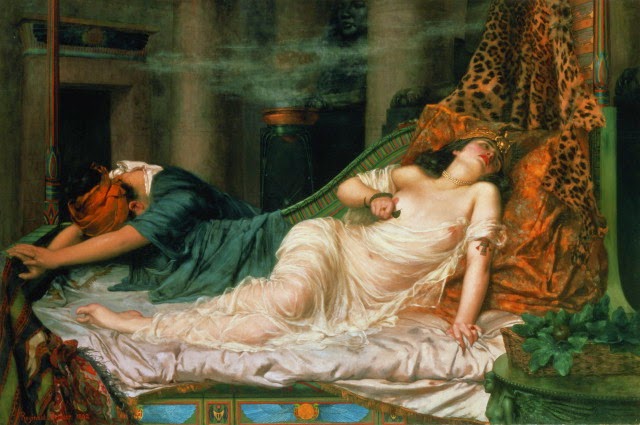 While perhaps not a true “honey tap/pot”, Cleopatra certainly used her considerable “talents” to get what she wanted from both Caesar and Mark Antony. In order to meet Caesar and entice him to help her in her struggle for control of Egypt, she had herself smuggled into his room rolled up inside of a carpet! He unrolled the carpet and there she was! What a nice surprise. Caesar was obviously impressed. So impressed that he took her home with him and put her up in a nice villa in the countryside. He carried on a protracted affair with her despite having a wife at home. If you’d like an added creepy factor, she was 21 and he was 52! When Caesar had a bad day at the Senate Forum, she returned home to Egypt. But later during the Roman Civil War (one of many), she also “impressed” Mark Antony! Friends, Romans, Countrymen, lend me your…….. She “convinced” him to have her sister killed. Long story short, her misdeeds came back to haunt her. Legend has it that she committed suicide by getting a poisonous snake to bite her. Not my choice for a way to go, but then again, the legend is probably false.

She is the beautiful young lady picture on the Maxim cover above. Now, given her recent activities, I won’t go into much detail since it was on the news several years ago. But I will give you some links. Here is a great British article called How to Set a Honey Trap. It was alleged by the British that she may have been close to luring one of Obama’s cabinet members, but we don’t know who. Upon her return to Russia, Putin was alleged to have had an affair with her. If so, I’d like to shake his hand. But that’s probably not true. Still, the story of her spy ring which operated in the United States and the UK is very interesting. It’s something you’d expect in 1985, not 2009.

So see, Dear Readers, the use of sex as an intelligence weapon is nothing new. They did it in the Bible! Does the GRU, SVR, and FSB still employ honey traps? Well, I’ll let you be the judge of that. There is a lesson to be learned from this. If you are a man who has a Top Secret/SCI Security Clearance or you are a prominent business executive and you look like Elmer Fudd, beware the hot lady with a foreign accent. She is not after you because she has a cartoon character fetish. In other words: 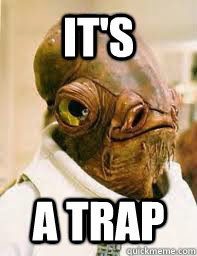 My name is Lee Hutch and I am a Half A$$ Historian who is convinced, given my wife’s red hair and attractive looks, that she is nothing more than a German Honey Trap. Or a Prussian Drillmaster. One or the other. 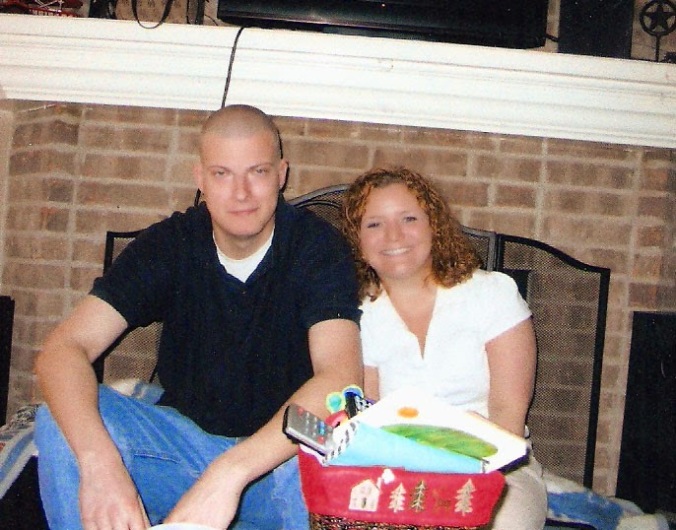 2 thoughts on “Sleeping With the Enemy: Or Beware the Honey Trap!”