Yesterday I was interviewed by my esteemed colleague Dr. AJP. You can read my interview here if you’d like. It consists of how I came to teach history and what projects I’m working on. One of the questions asked specifically about my blog and I had to admit it has been some time since I’d put words on the internets. Far too long. My problem is that I have the attention span of a 6 month old baby. I’ll write religiously for a month or two and then I’m like “Oh…..look…..shiny things!” and next thing you know a few months have gone by without a post. I don’t have a good excuse, so I won’t waste your time giving you a bad one. In the interview, I do mention my novel project which as you may recall was the subject of a four part series I wrote. You can find the first article here and sort of take it from there.

Properly chastened, I sallied forth this morning to try and find a worthy subject of which to write. Truth be told, the subjects are worthy of a better writer than I, but I digress. Normally I make a pointed effort to not discuss current events on my blog. It isn’t that I don’t have opinions on things, of course I do, but I don’t really think you’d be interested them. However, today I will break my rule a tiny little bit, only because it is what inspired what I decided to write about.

You’d have to be living under a rock to not know about the terrible tragedies to strike Manchester and London. Nothing I can say would bring comfort to those mourning the loss of a loved one. However, a certain picture making the rounds on social media caught my eye and sparked today’s topic. I chuckled when I saw the photo of the gentleman racing away from the scene of the London attack with his pint. Given drink prices in London, I don’t blame him. But it also speaks to something else. Something deeper. 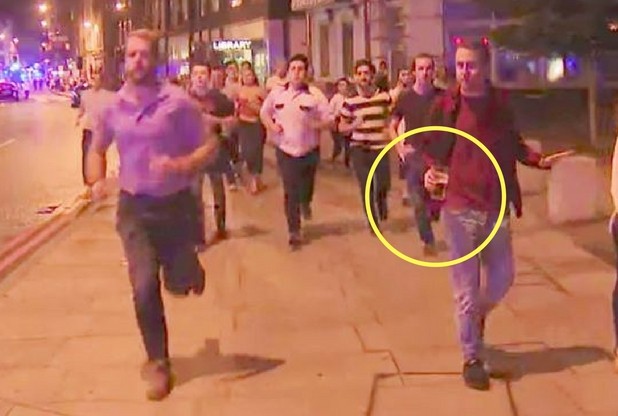 On this, the eve of the D-Day anniversary, we in the United States should remember that before we entered the war, and even before Hitler invaded the Soviet Union, the British stood alone against Hitler. The Germans hit London hard. At one point, German bombers flew over the city on 57 consecutive nights. People lost their homes and their lives. Over 1 million British homes were damaged or destroyed and half of all British deaths took place in London. Add to that 1,000 British firefighters who died in the line of duty.  In October of 1940, the British government commissioned a short film called London Can Take It. It was primarily aimed at an American audience to reassure them there was no chance of the British giving up. To quote Churchill, the “full fury and might of the enemy” was indeed turned upon them and the British public emerged from the darkness and carried on into a future which saw IRA bombing campaigns and now attacks by Jihadis.

It also reminded me of an audio file I listened to of a Lancaster crew over Germany in 1943. The same spirit of the man carrying the pint can be heard in their voices. “They’re firing at us now.” “Are they?” “Yep.” The boys in Bomber Command were in their late teens and early twenties. They came from all over the Commonwealth. Australians crewed planes alongside South Africans, Welshmen, Canadians, and Scots. Night after night they flew over blacked out German cities bristling with vipers nests of searchlights and Flak batteries. Night fighters prowled the skies looking for them. Nearly half of all Bomber Command crews were killed in action. The odds of finishing a tour of 30 ops in 1943 or 44 were long indeed, yet they kept calm and carried on (a phrase coined by Churchill during the Blitz). These men had gigantic balls made of steel. 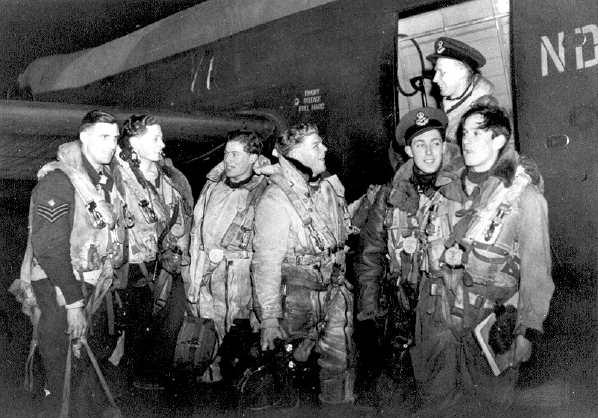 The same spirit which saw the British through the dark days of the Second World War and the dark days of IRA attacks in British cities from the 70s-90s will no doubt see them through their current situation. You will never defeat a country where people think to save their pint in the midst of unspeakable horror. You will never defeat a country where people, night after night, listen to German bombs raining down upon them with no thought of surrender. You will never beat a country willing to stand up to the Nazis alone. The resolve of the British people is, quite simply, unbreakable.