The Redhead and I.

I wish all of you a Happy New Year. In Berlin in December of 1944, Berliners parted company by saying “Survive” instead of goodbye. A popular toast was “1944 had twelve months. Maybe 1945 won’t bring us quite so many”. Given the year that I’ve had, I can kind of see where they were coming from.

When I was still on the job, I loved working New Year’s Eve. It usually brought a working fire and a myriad of other interesting calls, such as an unconscious Batman, but I digress. Since I’m retired, I now spend New Year’s Eve/Day watching the Twilight Zone marathon on the ScyFy Channel. It is a time for reflection as well, though I don’t do the New Year New Me bullsh!t. A time to think back on the friendships made and the people met over the previous year. And also of the friends lost. 2017 saw cancer claim two friends, one like a brother to me and another like a father. The Angel of Death stalked me as well, as I nearly ended up dead after a bowel obstruction nearly caused my stomach to rupture. Yea tho I walk through the Valley of the Shadow of Death, I shall fear no evil. For I am the baddest motherf—-r in the Valley.

RIP Chris. We had some good times and caused some trouble!

In July, I had the distinctly pleasant experience of giving a public lecture as part of a summer lecture series to the largest crowd they’d ever had, or so they told me. (They might say that to all the lecturers.) My topic was “The Fall of the Romanovs: Murder, Mystery, and the Twilight of Imperial Russia”. It was a lot of fun and quite a few of my former students turned up which was a huge surprise. I also finished writing a novel (my second completed novel), which was a lot of hard work and it took a long, long time, but as Jesus said “It is finished.” 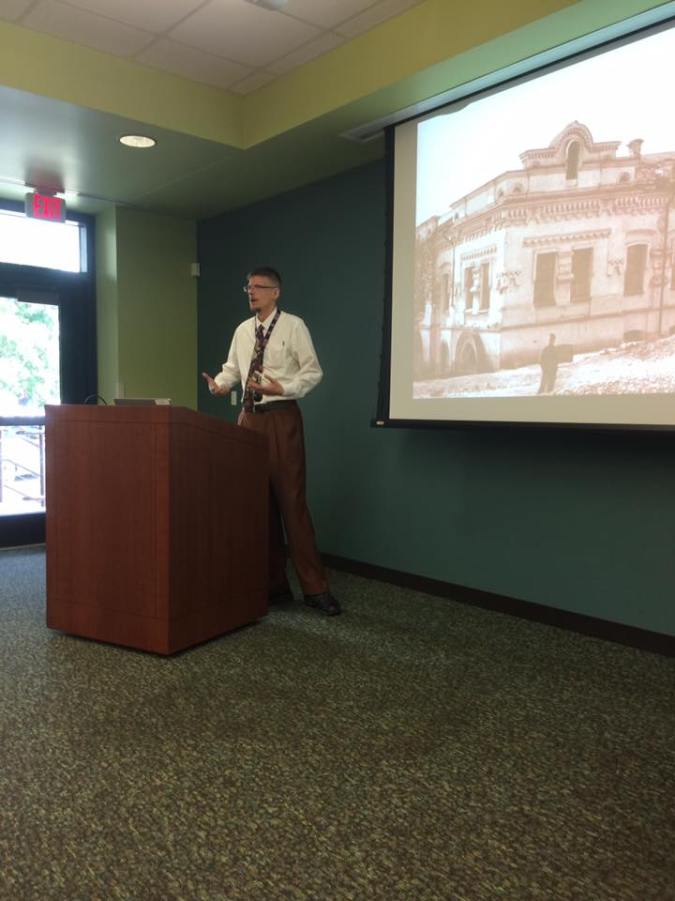 Never thought a Port Arthur boy would make it this far.

And then came Harvey. I escaped with minor damage, but I have friends and family who lost everything. I don’t really have the words, so here is something I wrote on Facebook right afterwards:

I wanted to write about Harvey, but I can’t. To properly do it justice requires the skill of Remarque to talk about the battle against wind and water, of Homer to illustrate the long journey faced by those displaced by the storm, of Brinkley to place it within the proper historical context, and of Tolstoy to capture the massive scale of the events which unfolded.
My home in La Porte escaped damage other than a small roof leak, but so many friends and family did not. My hometown of Port Arthur and the surrounding communities have been devastated by yet another storm. It breaks my heart and robs me of the ability to say anything of value. We will get back to normal, but it will be a new normal.
God help us.

But joy is often mixed with sorrow. During the storm, I found an abandoned black kitten. I brought him in and added him to my brood (which now stands at six). Naturally, since I found him during the storm, I thought Harvey was an appropriate name. And his personality definitely suits being named after a hurricane as he tears through the house in the wee hours of the morning. I think he likes it here and the other cats are very tolerant of him, especially Anastasia who thinks that he is her kitten. 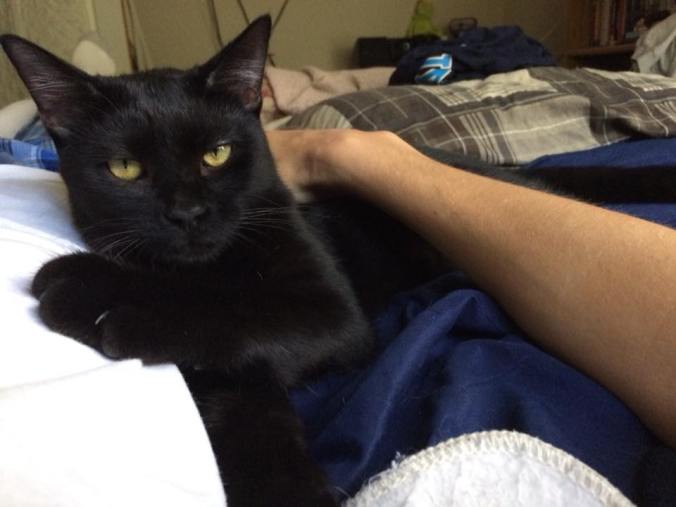 He does a fair impression of me.

I taught a class the second half of the summer and had a pretty good time with it as it was an “adult” class rather than a dual credit class like I’ve been teaching the past few years. The fall started with Harvey, but once the semester got started, it seemed as the storm and ensuing delay through my timing off a little bit. Plus, I was teaching 8 classes between three school as opposed to my usual five classes between two schools. I had some very long days which were physically quite taxing on me, given my limitations, but I made it through just fine.

Thanksgiving saw me in the hospital for six days starting on Thanksgiving night. I was treated really well, and half my nurses were hot, so there is that. However, for three of those days I had a tube stuck down my throat via my nose to keep my stomach empty. That sucked big time. The doctors don’t know what caused the bowel obstruction which means there is no word on how to prevent it, which means I’m left to panic ever time I get the slightest twinge of stomach pain in fear that it is returning. Here’s to hoping that it doesn’t. 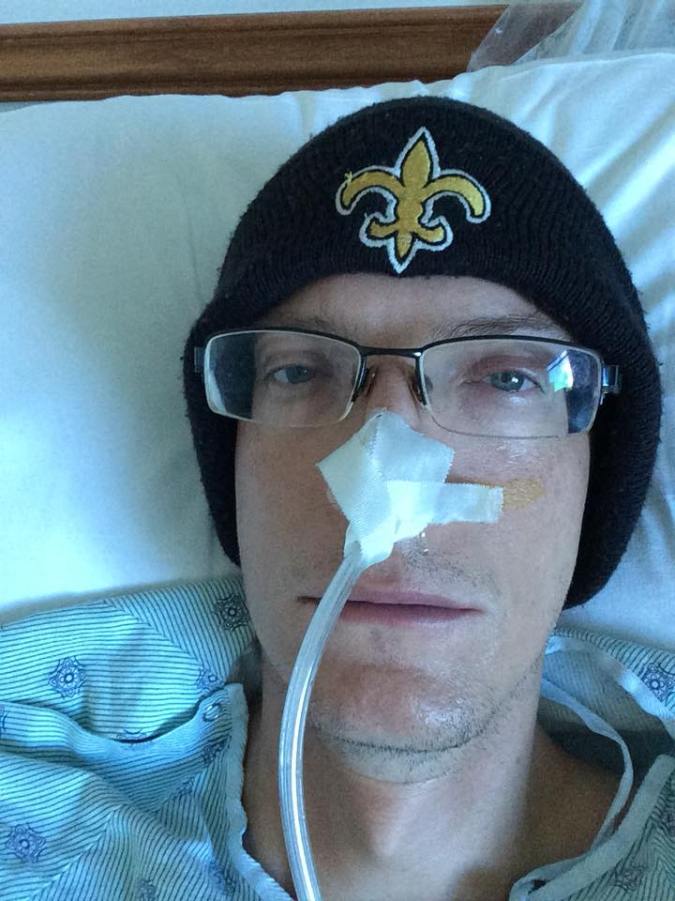 If anyone comes near me with an NG tube again, I’ll kick them in the testicles. If they have any.

I saved the biggest news for last, which is okay because it happened in November too. After many years of trying, I was finally offered a full time position as a professor at a community college, something I’ve been trying for now for quite a while. I was 0/20 on job applications. Sure, it’s a temporary appointment, but it may turn into something permanent and at least it is a start. So the year ended on a good note, or at least an upswing. I’m hoping that will carry over into 2018.

You may be cool, but you’ll never be a history professor in a unicorn mask cool.

My injuries still cause me pain, a little more with each passing year. My other health issues continue to cause complications and I am still unable to eat solid food, and haven’t been able to for two and a half years now. I’m forty pounds less than I weighed two years ago which means my epic wardrobe of three piece suits no longer fit, so I’m having to rebuild it piece by piece. This is important because in two more years it will be the Roaring 20s again and I want to make sure I look the part!

Anastasia is my New Year’s date!

Here’s to wishing you all have fair winds and calm seas in 2018. And if things get rough, just remember the order General Taylor gave to Captain Bragg at the Battle of Buena Vista: “Double canister and give em hell!”