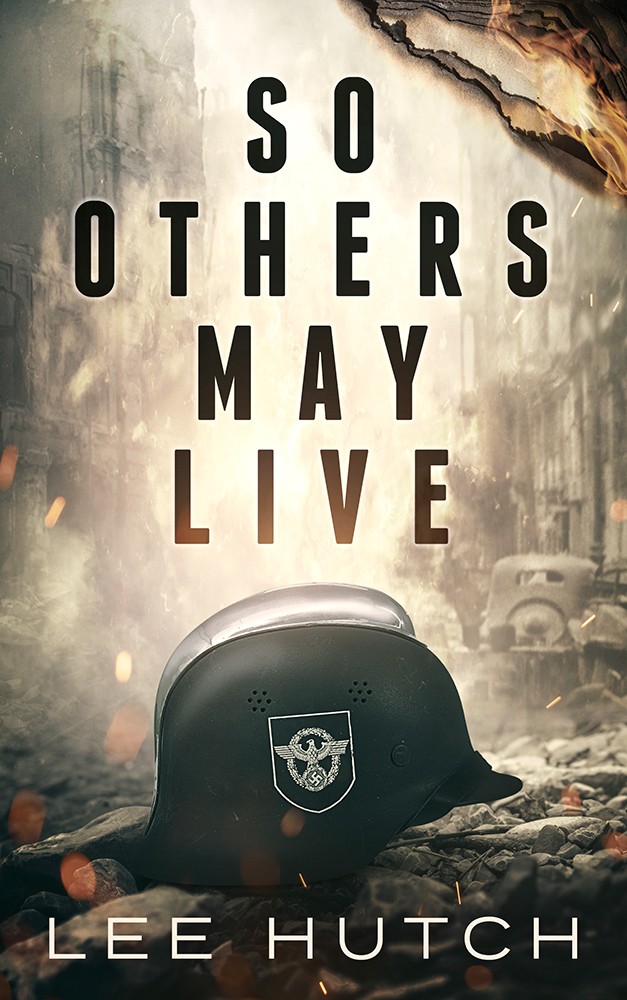 At long last, it is finally coming together. On Saint Patrick’s Day (fitting, that), I received three draft covers to choose from. I really liked the first cover, as it showed firefighters putting out a fire during an air raid. There was only one problem. They were in London, not Berlin. So that one wouldn’t work. I didn’t care for the second draft as it looked a little bit too much like every other World War Two book out there. Nothing made it stand out. That left me with draft three, which fortunately, I really liked.

I requested a few changes to the original version. First, I asked that the font used on the first cover be used on this one. Then, I asked that the burning corner image on the first draft be placed on this one as well. Lastly, I asked that the colors on the helmet be dulled just a bit to blend in better with the background. Thankfully, my cover designer was able to oblige me and came up with the incredible image that you see above. What you actually see there is the ebook cover. There is also a paperback cover, an audio book cover (which is exactly what you see above, just square), and a hardback dust jacket.

All told, I’m extremely happy with how the cover has turned out. I think it stands out, but also conveys the genre quite well. I wasn’t sure exactly what to expect, as this is my first time. We are finishing up the formatting at present and the book will be available on April 18th!