Warning: This post contains graphic black and white photos from the Civil War.

Since the summer of 2015, we’ve seen an increase in Civil War related news items. Most of them focus on monument removals or flag debates. Obviously such a national discussion is both relevant and important and I would not seek to take anything away from that. However, for those historians who simply want to focus on issues of race and slavery, I would remind them that those issues were decided on the battlefield. Context matters. The cause of the war matters. But it was decided by young men on bloody fields. Quite a few of those young men were immigrants. To try and separate out the military aspect of the war does a huge injustice to those who suffered and died. Part of this is due to the war the country seems to remember the war. The Civil War has an almost romantic air about it. And by that, I don’t just mean the Lost Cause. Civil War movies have tended to be bloodless (and bad). Where is a movie like Saving Private Ryan to graphically depict the realities of a Civil War battlefield? Maybe we need that reminder. But when we focus only on causes and context, we are in danger of forgetting this, the truth about what the soldiers experienced.

We forget that when canister rounds struck a line of advancing infantry, body parts flew as high as the tree tops. We forget that Civil War battlefields echoed with the screams of wounded animals which sounded almost human, and the screams of wounded humans which sounded like animals. We forget the sheer carnage wrought on the human body from a Minie Ball as it smashed bone and tissue. We forget the spray of blood from a wounded comrade’s shattered body that drenched your clothes as you fought on with bits of his skin and tissue stuck to your uniform. We forget the odor of the battlefield; palpable fear mixed with the coppery smell of blood, the sulfuric stench of gunpowder, of sweat, shit, and wool. We forget the courage of the Irish Brigade as they charged Marye’s Heights only to be slaughtered and the courage of the Army of Tennessee in their ill advised charge at Franklin. 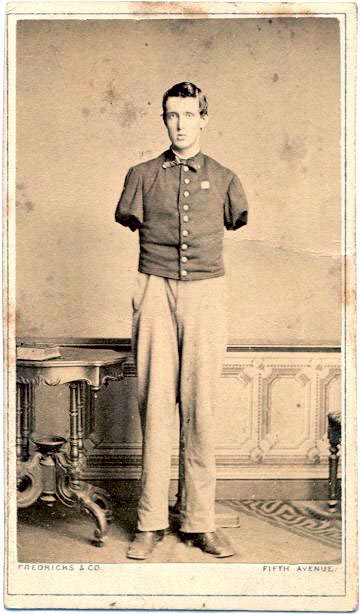 We forget the fear and pain of having a limb amputated with a dull, dirty saw as surgeons probed with bloody hands and ungloved fingers. We forget the generation of morphine addicts, made so by their Civil War wounds. We forget the physical pain so many soldiers lived with in their advanced years as they battled arthritis and a back pain. We forget those wounded in mind rather than body who spent their post war years locked in a lunatic asylum, more like a prison than a hospital. We forget the pain of abdominal cramps brought on my dysentery or cholera, more deadly than combat. There is no glory in dying a long, slow death as your life’s fluids leak from every orifice. We forget that for so many young men, this was the reality of their last days on earth.

We forget the fear of loved ones as they waited for news of casualties following a major battle. We forget the relief they felt to find out their husband or son’s name wasn’t on the list only to feel guilty that they felt such relieve when so many in their community, their friends and neighbors, lost someone dear to them. We forget about the generation of war widows and war orphans. of women struggling to survive on a small pension as they struggled to feed their children. We forget the anguish of communities as their young men marched off to war never to return. We forget the men and women who labored long hours in dangerous conditions to fuel the war machine. We forget the slaves who waited for their day of liberation and hoped they survived long enough to see it. We forget those who opted to free themselves and escaped to Union lines only to be used as a laborer. We forget the immigrants enlisted straight off the boat to fight in a conflict they understood little about. 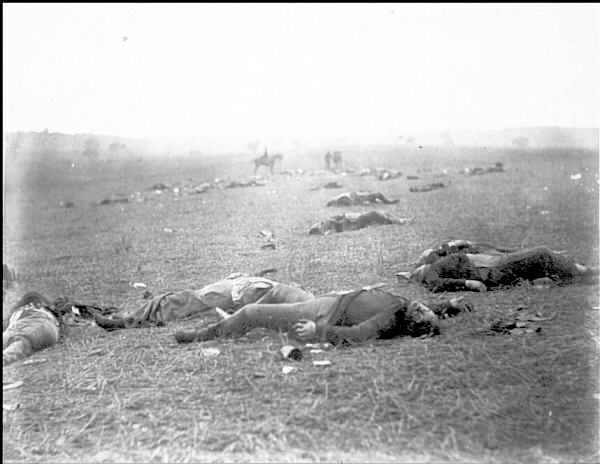 When we reduce history to statistics, we ignore the personal stories. When we talk about the Civil War but we don’t mention the horrors of a Civil War battlefield, we are doing ourselves and our country a great disservice. Two percent of our 1860 population died during the war. It touched every family in the country. For better or worse, the war made us what we are today as a country. We must not, we cannot, forget what transpired during those four long, bloody years. Our national battlefield parks are a treasure that must be preserved for future generations. Just as they talk about the causes of the war, they must also continue to tell the stories of the men who fought and died there.

One thought on “What We Forget”