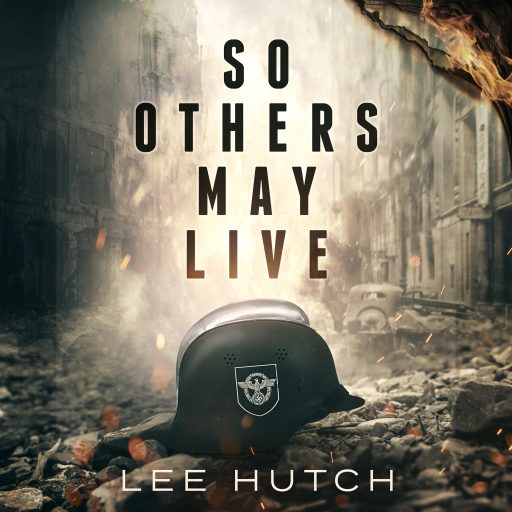 It’s been one week since So Others May Live burst onto the stage. Well, maybe that’s a bit of an over dramatic way to phrase it. This past week has been hectic, to say the least. The book has been selling fairly well. I’m quite pleased with that, though to be honest, I wrote it because I had a story to tell, not because I expected to be jetting off to Tahiti with the money from a movie deal. As of this writing, Hollywood has not yet come calling. But if they do, I do have my actors picked out.

The amount of support I’ve gotten from the writing community, and my colleagues at the college, has been incredible. Not to mention from readers who are willing to fork over their money to buy something that I wrote. A think an author is eternally in debt to his or her readers. I know I will be. I am also in debt to all those who supported and encouraged me throughout this process. As this was my first foray into the publishing world, being able to ask for advice from authors who had been there allowed me to dodge many slings and arrows along the way.

Also this week, I secured a narrator for the audiobook. She is absolutely amazing. Seriously. I received several audition samples (the script was a few short scenes from the book), and when I listened to her my jaw dropped open. My initial reaction was “Holy [insert unprintable word]!” The characters sounded just like they sounded in my head when I wrote the book. My wife’s reaction was “Wow”. She’s German and that’s about as excited as she gets. It’ll be a while before the audiobook is ready, of course. But when it is, even those of you who have bought the book and read it will want to give it a listen.

The amazing thing to me about this whole process is, as I said above, people are willing to buy something I wrote. Imagine that, little old me from east Port Arthur, wrote a book. I’m an old firefighter. My joints hurt. My back injuries cause murderous pain. I don’t sleep much, partially due to pain and partially due to nightmares. I never thought I’d be able to actually write a book, though it has long been a dream of mine. I pushed through and got it done. So, Dear Readers, I implore you to never give up and keep chasing your dreams.

If you read or if you have read the book, drop me a line and let me know how you liked it. If you have a physical copy of the book, and you have a cat, I’d love to see a picture of the book with your cat!

Until next time, Happy Reading!