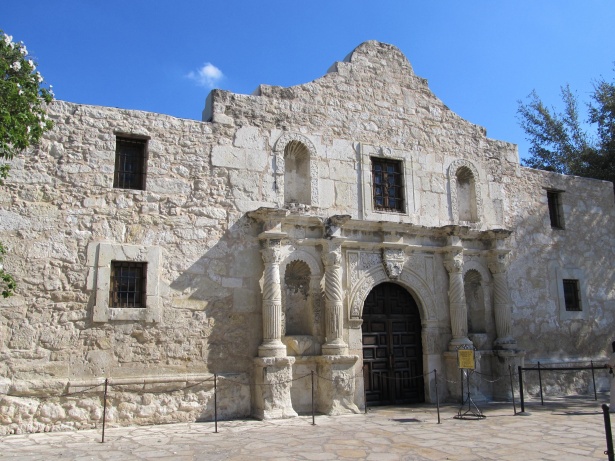 When I was a baby, I took my first steps in front of the Alamo in San Antonio. My grandparents lived on Alamo Avenue in Port Arthur. I watched every Alamo movie that was available at the time (usually while wearing a coonskin cap) and had a large collection of children’s books about the siege and battle. In one of my upper level college history courses, we had to do archival research for a paper. I wrote a demographic study of the defenders of the Alamo and visited the Alamo Library to do my research. My minor was creative writing, and for my first class on the subject, my short story was about…wait for it…the Alamo. Later, in my screenwriting class, I wrote a feature length screenplay for an Alamo movie. One, I might add, which was quite a bit better than the screenplay for the 2004 Alamo film and it would have made a better movie, but I digress. When my girlfriend, now wife, and I took our first trip together as a couple, we visited San Antonio and stayed in the Crockett Hotel. She’d never seen the Alamo before, and I got to give her a tour. Though the children’s books and coonskin cap have long been put away, I still have quite a large collection of non-fiction related to the Texas Revolution and the Alamo.

Back in my undergraduate days, I often thought that one day I’d write the epic novel of the Texas Revolution. It would be a Lone Star equivalent of The Killer Angels, All Quiet on the Western Front, or From Here to Eternity. In fact, during my junior year, I got to work as an intern at the Sam Houston Memorial Museum across the street from the campus of Sam Houston State University, and had a lot of fun talking to visitors about Texas history. Many times I’d start this novel and give it up. I’m at the point now that I know I’ll probably never get around to writing it. Molly’s Song is nearing completion, and then after that I have a tale centered around the Russian Revolution to tell. When that book is done, Molly will get two sequels as hers is part of a projected series. And then, only then, could I possibly have time to write anything set in the Texas Revolution. However, given how much time it takes me to write and edit one book, I probably won’t live long enough to get around to it. Furthermore, the great novel of this time period has already been written. Check out The Gates of the Alamo by Stephen Harrigan.

But I’ve found a way to work the Alamo into Molly’s Song. How, you ask? Angelina Dickinson was a little over one year old when she, along with her mother, survived the fall of the Alamo. Angelina had a rough life with failed marriages and rumors of prostitution. And guess who happened to be in New Orleans at the same time Molly is? That’s right! The two have a brief encounter on Canal Street in the spring of 1864, shortly before Angelina returned to Galveston. So at least there is that!

Until next time, friends, take care of yourselves. And each other.